You might not know it, but today is National Pie Day. Check it out here:

I would like to personally thank the American Pie Council for yet another excuse to make and, more importantly, EAT, pie.

This afternoon, I prepared a Black and White Pie. It was very simple, and my kids and I loved it. You can do it, too.

First, I started with some vanilla pudding (from a box and prepared with 2 % milk), a cup of Cool Whip and a prepared chocolate cookie crust. I mixed the pudding mix and milk with a whisk and added 1 cup of Cool Whip to this filling to increase “fluffiness.” 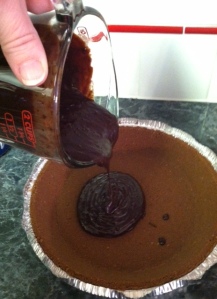 I poured the micro-ganache onto the chocolate crust in a thin layer–it took about half the chocolate. Next, I layered on the fluffy vanilla pudding layer.

Next, I stopped to lick the vanilla pudding off the spatula before I put it in the sink. Yum. What?! It’s not for the queen, and you would do the same thing…

Anyway, after that, I used the remaining ganache to “zig zag” chocolate on the top of the pie.

Since I had a bit of Cool Whip left in the container, I added some decorative dollops. OK, so maybe they don’t add much, but MAN, I love Cool Whip. I placed the pie in the fridge for about 2 and a half hours to chill.

When we got home from evening activities, we took the pie out of the fridge. After cutting it, I’d probably try to let it chill longer next time so that it could be more solid. That being said, my two kids and I had no trouble knocking out half of that sucker in about four minutes. No kidding. Yummy.

Here’s a shot of my slice after the first bite. I wish you could see that ganache layer under the vanilla–I thought that was the best part. I think this pie might also do quite well as a freezer pie. Chocolate chips on top would not be a crime, either. And then there’s peanut butter….mmmmmmm…..

As you can imagine, the possibilities are endless if you use your imagination.

Today, I was inspired by reading this quote by Thomas Edison.

“I have not failed. I’ve just found 10,000 ways that won’t work.” I love this attitude–this perspective. It fits well with pie-baking and with living. Some pies slice perfectly, and others aren’t fit to serve a dog. (No offense, dogs).Every day in my life, some things work and some things don’t.I’ll admit that I’ve been frustrated many times when the “doesn’t work” category outweighs the “works” one. If you are in this place right now in your life, remember today’s Black and White Pie. The chocolate and the vanilla need each other to make this particular pie awesome. Each one is OK on its own, but together, they are “pie-fection!” I know–not really a word–but I like it, so I plan on adding it to my Pie-saurus. Anyway, just the chocolate is not enough for Black and White Pie. Just the vanilla is not enough for Black and White Pie. Chocolate and vanilla are definitely not failures–they just don’t always work. Sometimes, it just takes a lot of trial and error to achieve success. But I believe that this is how we’re made–for trying again.

Celebrate this National Pie Day by trying again. Finding 10,000 ways that won’t work will keep you busy for a while.

Much of the brilliance that lights our way today shines from the souls of those who are willing to keep doing it wrong–then changing, growing, learning–until one day, it is right. 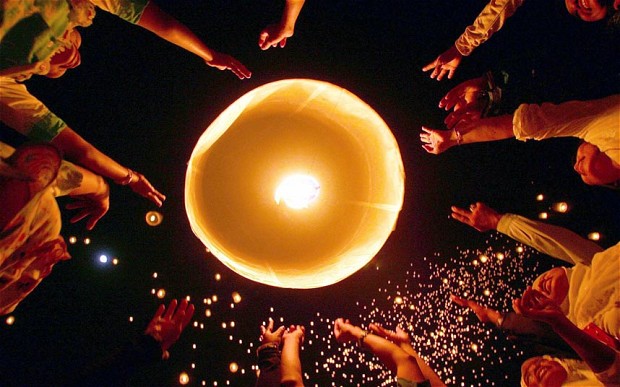